Seong-Kon Kim is presently a Professor Emeritus of Seoul National University and a Visiting Scholar at Dartmouth College.

At Seoul National University, Kim was a Distinguished Professor for Research. In 2015, Kim received the Distinguished Teaching Professor Award from the National Human Resources Development Institute in the Ministry of Personnel Management and his name entered the Hall of Fame in 2018. Kim was also President of the Literary Translation Institute of Korea (a ministerial appointment with the government of the Republic of Korea) from 2012 to 2017. In 2016, the Ministry of Foreign Affairs appointed him a member of the Public Diplomacy Council, which was a vice minister level post.

A prizewinning literary critic and the author of 25 books, Kim initiated the debate on literary postmodernism for the first time in Korea in the late 1970s and early 1980s. He was also a pioneer in postcolonialism and cultural studies in Korea. His books on postmodernism, postcolonialism, and cultural studies have greatly influenced writers and scholars in the Korean republic of letters.

Kim was editor of literary journals such as Literature & Thought, 21st Century Literature, Contemporary World Literature and Korea Journal. In addition, Kim has been a regularly featured columnist for the Korea Herald since 2003. His Herald columns have frequently appeared in international media such as The Nation, the Progressive Party, USA, the China Post, the AsiaOne, the Pakistan Observer, the Star, Yahoo! News, the Asian Views, The Straits Times, The Kathmandu Post, The Statesman, The World Weekly and others. He served as co-editor of Korea Journal published by the Korean National Commission for UNESO for 2015-2016. 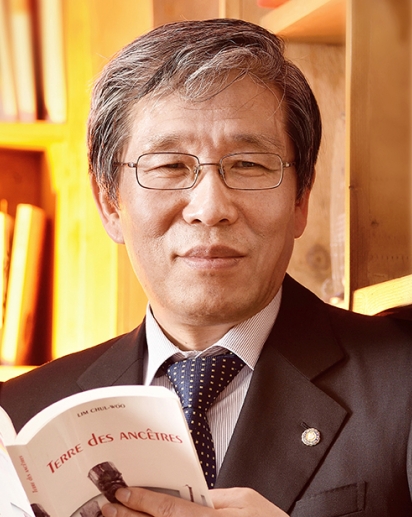